Hit enter to search or ESC to close
Solar Cycle 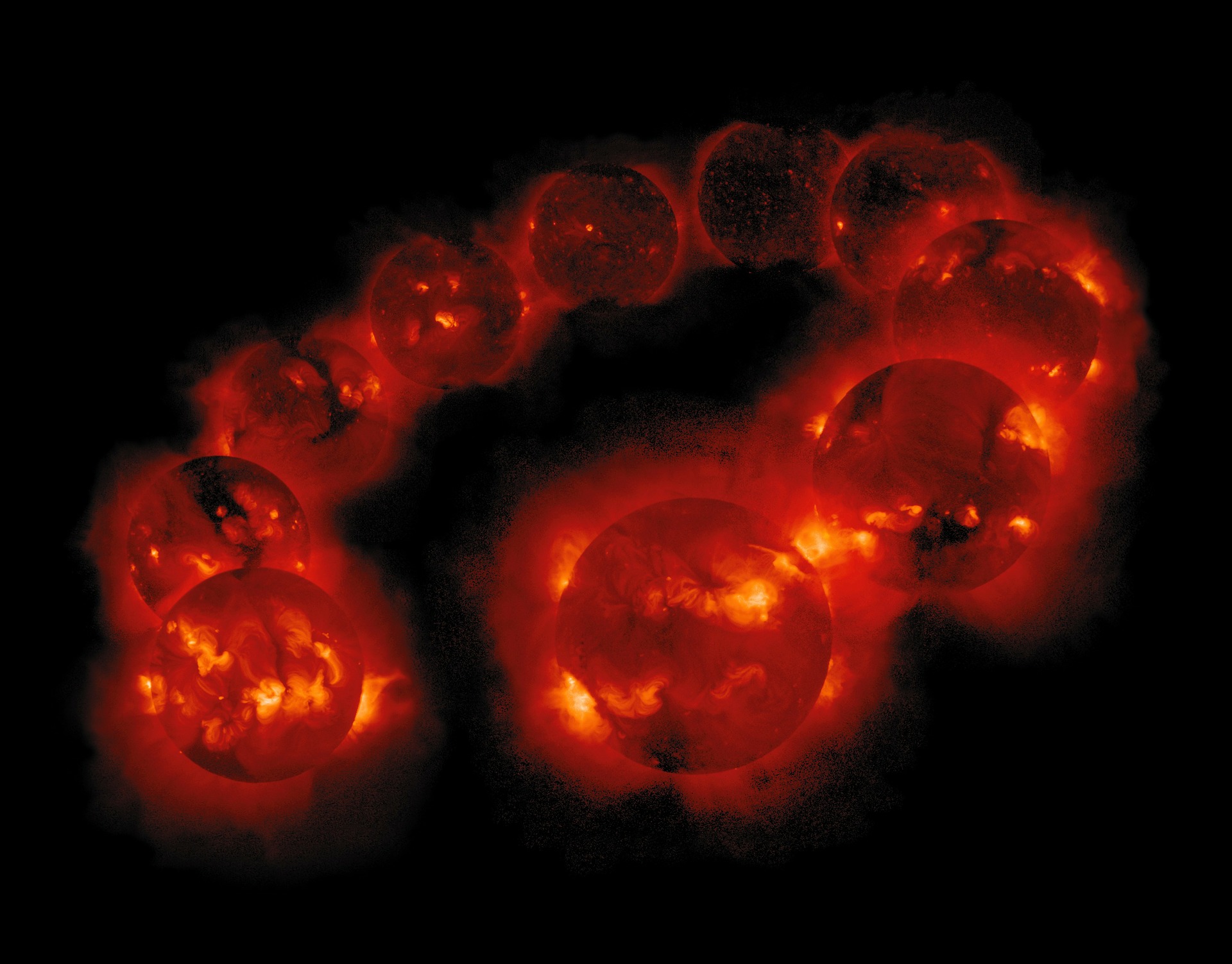 You may be familiar with the term ‘retrograde’. This is when, as observed from Earth, a planet appears to move in reverse direction. Whilst this term is commonly used when discussing planet orbits, it might come as a surprise to learn that the term can also be used in relation to the Sun itself. It is know that the great ball of fire that is the Sun at the heart of our solar system, spins on its axis. This has a definite direction when considered against the Barycentre: the actual centre of our solar system when the mass of the various planets is taken into consideration. Approximately every 178 years, and with definite correlation to the cycles of Jupiter, Uranus and Neptune, the Sun appears to spiun in the opposite direction. This last occurred in the late 1980s.

A review of meteorological history reveals that in the fifteen to twenty years following a solar retrograde, that there is disturbance to terrestrial weather systems. This, of course, affects growing systems. Governments cannot control the weather but they can be shown, in these post retrograde periods, to take action that itself leads to political instability and, often, war.

The climate of those post-solar-retrograde periods has proved severe. Ocean currents are affected, there is accented earth movements (earthquakes and volcanoes). Volcanic eruption offers a particular type of disturbance to human activity in that the debris thrown into the atmosphere has the potential to obliterate sunshine – again devastating to crops.

In the last thousand years, what is now known as the Wolf minimum occurred in the early 13th Century. This lasted far longer than 15-20 years. It’s suggested length is 50 years and covered the Black Death and half of the Hundred Years War between the French and English.

Civil War in both England (Wars of the Roses) and Spain followed the Sporer Minimum of the late 15th Century.

This was followed by the Maunder Minimum or Little Ice Age of the late 17 the Century which coincided with the overthrow of the Ming Dynasty in China, uprising in Japan, civil war again in England in, in Germany, the 30 years’ war.

Next came the Dalton minimum at the end of the 18th Century and which coincided with the French revolution and with the American Civil War. We should note that early on in this cycle, there was a major volcanic eruption in Iceland which seriously affected weather patterns across Europe and was a contributory factor in both the riots in Paris following the ten-fold rise in the cost of bread as crops grew scarce and the near destruction of Napoleon’s army as it braved Russia’s coldest winter.

The outcome of the Battle of Waterloo was also affected by a major weather system. Dust in the atmosphere created by the eruption of Tambora, delayed the start of battle. It was also a contributing factor to global temperature falling by 3 degree Fahrenheit.

The Sun’s most recent retrograde was in April 1990 when Saturn, Uranus and Neptune were all grouped on one side of the Sun whilst gigantic Jupiter was at the other. Since then the world has seen increased volcanic activity, the most famous of which brought Air traffic to a standstill in February 2007.

The effect of this most recent retrograde is yet to be fully experienced. True, already we have seen mass migrations from sub-sahara into Europe and can easily recognise accompanying political instability.

In the USA, more and more people are choosing to leave northern states for better climes. China will also be affected. With more and more people inhabiting their cities and deserts encroaching on these, sustaining life threatens to be major issue in that region. Again we should expect to see mass migration south.