Hit enter to search or ESC to close
In The News

Crazy Bull on the horizon: Uranus in Taurus from March 6th 2019 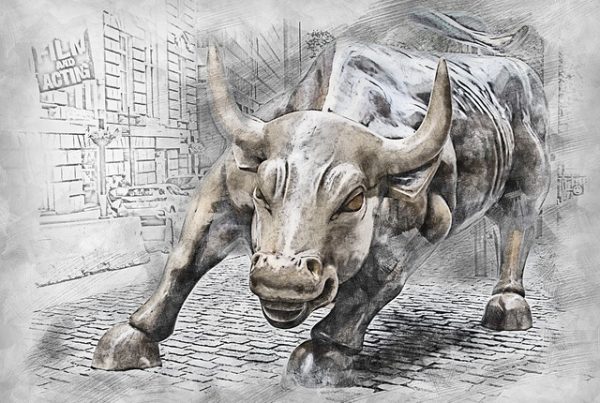 MAD BULL ON THE  HORIZON?

On March 6th Uranus enters Taurus. Yes, it ventured into that sign for a few months in 2018. This though is the proper and final ingress. That same day, Mercury turns retrograde. We can be reasonably sure that this will prove a humdinger of a time with allegiances switching and plans being changed at the last moment.

One Uranus cycle back – to that planet’s move through Taurus takes us to 1934. So, it’s probable that you haven’t lived through this transit – but your grandparents will have done. If possible, ask about the years 1934 – 1941 and what it brought to them. You could learn much about your astro-genealogy.

We know that this period saw a rise in fascism and dictatorship. We also know that following a terrible time for stock markets (1929-1933), that this was a period of growth.

And yes, it’s entirely possible that the ‘Mad Bull’ will see markets push again to unprecedented levels. Economically Uranus should put rocket fuel into the economic tank: most especially in commodity prices which will likely soar.

As you may know, Taurus is the sign of the Bull. Uranus isn’t usually associated with this sign (it works best when transiting Aquarius). Uranus is associated with deviation from thenorm, with technology and with all that is electrical and highly charged.

But what will it really mean for the world?

Taurus is a Fixed sign and Uranus (a planet associated with Fixidity). They have in common is the need to be determined and forceful or stubborn. There is nothing cuddly or friendly about this bull. If Taurus is all about nature and Uranus about technology, we should think of a genetically modified bull wearing armor.

If you are born under the sign of Taurus (or this is your rising sign), it might appear to others from May that you are super and even crazily charged. Regardless of your actual birth date (i.e. if you were born at the start or end of Taurus), by mid-May you will no doubt feel the need to do things differently.

Those who are keen to branch out should find few obstacles in their path. Taurus entrepreneurship rises!

Don’t be surprised if you want to be seen differently too. Maybe you’ll take to wearing crazy hats or shockingly colored clothes or lipsticks?

If scarves are your thing (and Taurus rules the neck area), perhaps you’ll jettison these in favor of metal (Uranus) necklaces that light up.

Whatever, and remembering that Uranus only changes signs roughly every seven years, this planet’s arrival in Taurus promises a decided change of pace with striking new fashions alongside.

Politically we should expect disruption. If not dictatorship, then anticipate moves to the far right and ever more polarisation of opinions. Anticipate the rise too of military might.

What’s particular special about this Uranus’ Taurus ingress is that it coincides with Mars’ move through that same sign. Expect that the bulls will be unleashed and chaos to ensue.

Several countries came into being as the Sun moved through Taurus. Among these are Palestine and Israel. In the coming weeks, their respective charts will be reviewed on these pages. Another country like to be much in the news is Taurus-ruled Eire. With Brexit on the horizon, though this nation might not go to armored war, it could easily be drawn into commercial war.

For now, and to finish on a brighter note, let’s return to the possible impact on fashion: Taurus is curvy but Uranus is geometric. So expect to see accentuated waists and block colours for women and sharply defined suits (with pin stripes) for men.